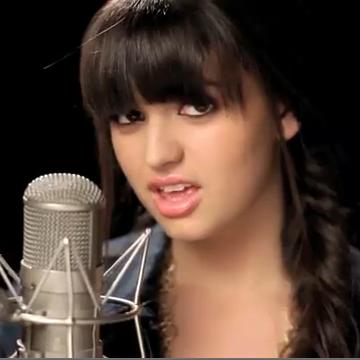 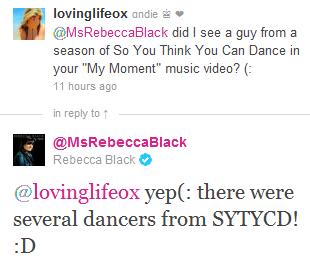 I get so many nice comments on my YouTube profile page! Recently, Ashlee Collova from KidStarInterviews wrote to suggest that I write about "A few talented male artists, on the run to be making it big!" - and that's just what I am going to do today!

This week's Featured Video on our Top 100 and Top 200 Charts is a very cool music video of a mash-up of 3 hits - Backseat (New Boys), Till The World Ends (Britney Spears) and Where Them Girls at (David Guetta, Flo rida, Nicki Minaj). This video, with nearly 300 Thousand views, is from Cimorelli - six sisters from Northern CA, ranging in age from 11 to 20, who love to harmonize and dance together! Cimorelli's YouTube channel is cimorellitheband and it has over 237 Thousand subscribers and nearly 60 Million Total Upload Views of their 71 videos. Watch the Featured Video of the sisters right here; click on it!


Ben Going (Boh3m3) has been speaking his mind in vlogs since the early days of YouTube. People appreciate his insight and comedy, and even when he left the tube for a long while, the core audience is still enjoying Boh3m3's sometimes outrageous, lightly edited, straight from the heart videos. Ben was an original YouTubeStar, coming in at number 9 on September 11, 2006's Top 100 chart (with 10,086 subs - the 9th person to ever have more then 10,000 subs!), and we're glad he is still giving us a piece of his mind! Watch his monologue about turning 26, click the video (if you don't mind a little adult language).


On June 14th, I told you about the hilarious eHarmony Video Bio video that was going viral. With 11.5 Million views, it wasn't long before the parodies would start. The best of the bunch is from Schmoyoho who have made a career out of autotuning the news. Watch this amazing "songified" version of the cat lady's dating video, just click the video and enjoy!

I first became aware of the KidStarInterviews YouTube channel when I saw a tweet from a YouTube pop / rock musician who I REALLY Love, Jes Loren! Jes, who writes original catchy pop rock tunes and has a band that includes her dad on guitar, was interviewed by KidStarInterviews in this video. The lighting is low, but if you watch full screen and turn down the lights in your room, its much better! In any case, the questions are great and Jes gives interesting answers.

Sounded like a good idea to me! So here's one video from each of the 5 people Ashlee mentioned.

MattyB is an 8 year old who raps! With stats like this - over 266 thousand subs and over 61 million Total Upload Views - MattyBRaps must be talented, right? Yes he is! Check out this brand new video in which MattyB nicely covers "Ice Ice Baby", originally by Vanilla Ice - and WITH Vanilla Ice right there with him, singing and dancing, in This Video!

Jack Vidgen is a 14 year old singer from down under! He was on Australia's Got Talent and has been singing since he was 3 years old. Jack just started his YouTube channel a month ago. Watch this interview where he is asked to sing the next line in several popular tunes, without musical accompanyment. He sounds great!

Austin Mahone is a 15 year old singer from Texas who does a great job of covering Justin Bieber and other pop singers! He has over 87 thousand subs and over 10 million Total Upload Views on his YouTube channel. Justin sings very well and he plays guitar too. Here is his cover of the Bieber mega-hit, "Baby"!


Carson Lueders is a 9 year old singer who also plays guitar and has 3 original Country songs! One of his originals, Big Mouth Bass, won the Country Showdown national songwriting contest in 2010. Here, we will watch Carson (jdlueders) do a great job covering Cody Simpson's "iYiYi". Cody himself commented, "This is incredible Carson! You are truly talented keep it﻿ up bro youll go far!" So true!


Ronan Parke is a 12 year old singer from the UK who was runner up on Britian's Got Talent! He has such a strong voice that Simon Cowell just signed him to his Syco record label to compete with Justin Bieber. This young man has a great future in the music business! Watch all 20+ videos on his RonanParkeMusic YouTube channel. Click Here to see Ronan sing Kelly Clarkson's "Because Of You" at the Britian's Got Talent Final! (Embedding disabled by request)