She has been on the Ellen Show, Dancing With The Stars, Saturday Night Live and The Grammys. YouTube videos featuring her have over 1 Billion combined views. She is 12 years old! This is Maddie Zeigler. 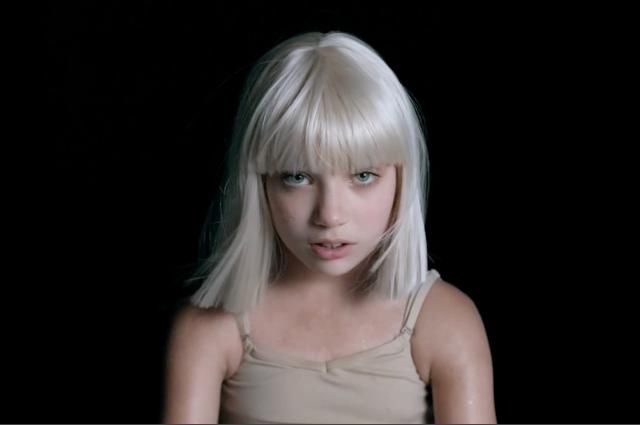 Maddie won't become a teen until this September but she already is famous. Living in the Pittsburgh PA area, Maddie spends hours every day in a dance studio practicing her craft. She has appeared on the Lifetime reality show, Dance Moms, which led to her being cast as the sole performer in the video for Sia's hit song Chandelier. This video has about 650 Million views since it was released last May. It features Maddie and Maddie alone, dancing in a beige leotard and sporting a sharply cropped shoulder length platinum wig with bangs or a fringe as those in the UK call it. Quite amazing dance moves and dramatic facial expressions, which have captured the viewer's attention, here is why!

Sia is an Australian singer who turns 40 this year. Sia Kate Isobelle Furler has been active in the music business since the 90s. She has become very successful, and is in the list of the 100 wealthiest Australians. She has chosen not to show her face in some performances as she would rather not have her personal life affected by her fame. In the recently televised Grammy Awards, she sung with her back to the audience while Kristen Wiig from Saturday Night Live and Maddie Zeigler danced. Sia's desire to not be seen as much has led to Maddie Zeigler being chosen to be the sole performer in 2 or 3 recent Sia videos.

The one video where Maddie is not alone is the video for Elastic Heart by Sia, which also features Shia LaBeouf who was the male lead in the Transformers and many other movies. Maddie and Shia are cage fighting in leotards in this video! They appear in a round cage similar to a huge bird cage, and perform dance/fight moves. Maddie Ziegler is playing the part of a werewolf, and is required to bare her teeth and punch and bite Shia. This video became controversial but further highlights Maddie Ziegler's proficient dance moves. Check this video out! It currently has about 220 Million views since its January debut.

Just 3 days ago, the Sia / Maddie Ziegler trilogy concluded with this third video featuring Maddie in the same outfit. In this video, she is not dancing, but simply gesturing wildly with her arms and hands while making hughly emotional facial expressions. The song is Big Girls Cry by Sia. It starts with Maddie moving her hands around her face but soon turns sinister with another set of hands on her, which then lift her up off the ground! What do you think of this rather intense performance? Watch and see; it already is approaching 10 Million views in just a few days!

Add up the numbers. In just these three videos, Maddie Ziegler has about 880 Million views and counting. Maddie appears in many other videos including her Grammy appearance and episode of the Ellen Show. Check them out here. Maddie Ziegler is bringing new life and excitement to the dance world, and she is only 12 years old! We salute this talented young lady!