I hope you are all enjoying the Holidays! Be careful as you travel and stay warm, because, Baby it's Cold Outside!

If your heart catches a chill, it might become Frozen! We all know that "Only an act of true love can thaw a frozen heart." That act of love could be from a potential romantic partner or the caring embrace of a sister. In the Disney movie Frozen, Idina Menzel played animated Elsa who had freezing powers that caused some trouble that eventually got reversed by sisterly love. In the video for her Duet with Michael Buble singing the classic "Baby It's Cold Outside" we see an 11 year old girl playing the video part for Idina with an equally young suitor. In either case, the singing is superb!

Emily Carey (Twitter: https://twitter.com/TheEmilyCarey just turned 11 last April but she already had acting experience before cast for the female lead in this video. The British child actor was in the plays Shrek The Musical and The Sound Of Music. Last month, she began playing a role in Casualty, a Medical Emergency show on the BBC. Watch as she dances and lip syncs to Idina's voice, and charms her young partner played by Harry Collett, schoolboy and actor (Twitter: https://twitter.com/collettharry1

Happy New Year, and Stay Warm; its Cold Outside!


It's that time of year again! The holidays are here and everyone is busy with friends and family, shopping and singing - yes, people still sing Christmas songs! Here is a playlist of Christmas Music, or Christmas Music YouTube Videos. Listen during the holidays or listen to holiday music any time throughout the year!

Now check out many more posts on Christmas with many more Christmas Music YouTube Videos.


Taylor Alison Swift, or T-Swizzle as some call her, was born on December 13th, 1989. Today is Taylor Swift's birthday; she turns 25 years old. Taylor started as a Country singer but recently has had great success with her first pop album, 1989, named for the year Taylor Swift was born. For her birthday, Taylor Swift hung out with Jay Z, Beyonce, Justin Timberlake and other top pop stars. 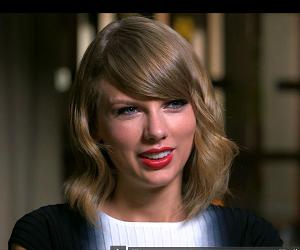