Happy Valentine's Day! When you think about it, you realize every day could be Happy Heart Day. Why celebrate Love just once a year? Love comes in different forms. Love expresses itself in different ways. Often there are power dynamics internal to the couple. Often there are twists and the one who, to all the world, appears to be dominant might actually be willingly submissive to their partner.

From all accounts, the new movie, Fifty Shades of Grey, based on the book series by E. L. James from 2011 and 2012 is going to draw huge crowds. What is the attraction? Is it the fact that Anastasia originally started out as Bella and Christian was Edward, in a fan fiction work based on the Twilight series? Is it the strong personality and physical attraction of Dakota Johnson, daughter of Don Johnson and Melanie Griffith? Maybe the sleek physique and penetrating charm of Jamie Dornan? Ultimately, the movie and book series have to stand on the strength of the story. Who has the power in the relationship. Who is dominant and who is submissive? Is there a true love here or merely a massive physical attraction?

And what about the soundtrack? Already, Ellie Goulding's song from the movie, Love Me Like You Do, has nearly 50 million views! Its a typical modern pop love song, with a bit of a hook. The video features scenes from the Fifty Shades Of Grey movie, along with Ellie Goulding flitting around moody sets. Here it is, enjoy!

Now, lets go way way way back. Lets go back Fifty Years and see what the subject matter of Fifty Shades was like in the 60s. In 1967, the legendary proto-punk Andy Warhol supported Indie Alt generally-strange and groundbreaking band, The Velvet Underground, released a classic album, The Velvet Underground and Nico. On said album we find "Venus in Furs". This is a hauntingly beautiful dirge, a slow hypnotic trance, featuring some of the following lyrics sung by band vocalist Lou Reed:

Shiny, shiny, shiny boots of leather Whiplash girlchild in the dark Clubs and bells, your servant, don't forsake him Strike, dear mistress, and cure his heart. Severin, Severin, speak so slightly Severin, down on your bended knee Taste the whip, in love not given lightly Taste the whip, now plead for me.

There are further lyrics. Let it flow over your consciousness, especially if you are a fan of Fifty Shades Of Grey. I think you'll be happy to hear this, if you have never had the experience before. Just. Click. PLAY! (If you dare)

Sticks and stones may break my bones, but whips and chains excite me! 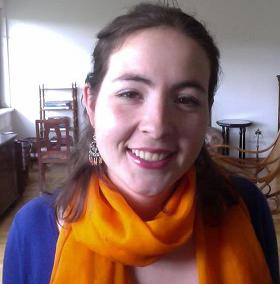