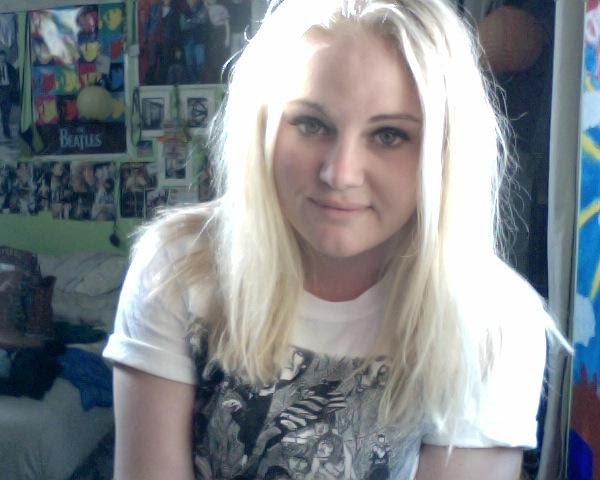 We have another new Guest Blogger, Emma Samuelson! Emma is a singer-songwriter from California who writes her own songs, sings and plays guitar. Check out the excellent music videos on her YouTube channel! In Emma's own words, "I am a spiritual person and I love music, listening to it, creating it, and everything about it." Her love of music is obvious in her videos!

Emma decided to write for us after reading the Guest Blogs from her friend, Kayleigh Levitt. If you would like to write for us, and get paid, contact Kenny!

In her first Guest Blog post for YouTubeStars, Emma reviews three videos about "The Conscious Comedian" - Bill Hicks. Emma does a great job of telling us who Bill was and what his message was, read on!


This week's Featured Video on our Top 100 and Top 200 Charts is a beautiful duet from Australian singers Zoe Giddings Jones and Maribelle Anes. Zoe says this in the video description: "I am a singer, songwriter, Actress, Fashion Designer & dancer from Brisbane, Australia. I believe that you can Achieve anything if you put your mind to it. Never stop Aspiring to reach your goals no matter how far away they may seem. You will Astound yourself and Astonish the world."

Combine dark humor, profound insight, and a strong, independent voice… and you have William "Bill" Hicks. Born in 1961, this young stand-up genius began his career at a local Comedy Workshop in Houston, Texas at 16 years old. Soon he became a regular, along with his good friend Dwight Slade, and they were quickly seen as an unforgettable comedic duo. After Slade moved to Oregon, Hicks focused on his solo comedic career, began touring and eventually, moved to Los Angeles with Slade. After a while of trying to make it big in California, Hicks made his way back to Houston, where he continued to tour and expand his career. Hicks experimented with drugs, and eventually started to drink heavily, which affected his comedy greatly. His friends commonly refer to that time as the 'dark years' of his career. With time and commitment, Hicks leaned away from drugs, which transformed his comedy, and took his career to New York City, where for 5 years he performed regularly and worked on leading a sober lifestyle.

By his mid-20's, Hicks had developed his voice further, with main topics of drug use, politics, philosophy and society that questioned the power in America. Not only was his dark comedy intriguing and hysterical, but he also brought out his deeper side as an activist. Hicks never ceased to tie in the humanity of life, and how corruption in government and religion erodes the fabric of love in the human experience.

This video shows Hicks in 1979 during the beginning of his career, as an 18 year old regular at a local comedy club. Hicks discusses the absurdity of 'flinching' and the draft, and receives a consistent response from his audience. Even as a young adult, there was something in him that was different and enlightening. He wasn't afraid to speak his mind, and he always spoke with great conviction.


Hicks wasn't just known for his comedy and strong opinions. Since adolescence, Hicks also pursued music and formed the trio "Stress" during his teenage years along with Slade and Kevin Booth, his high school buddies. Although it wasn't always his main focus, Hicks quite enjoyed creating music and never gave it up, producing songs throughout his life.

This song "She's A Woman" is a calm, sweet tune that captures the attention of any pair of ears close enough to listen. Hicks has a classic voice, with somewhat of a Neil Young tone, that comforts you in this pleasant song about loving a woman. "She's a woman, I'm a man, together we stand, face the winds and the rains in our life." The depth in Hicks' heart as he serenades us with this loving melody is quite beautiful, and expresses how facing struggles with a person you love is worth the time and the effort.


After constant touring in the United States, Hicks became interested in expanding his audience, which took him to London, where he was critically acclaimed for questioning American society. British audiences were much more receptive to his ideas than American audiences were. Hicks continued to tour throughout England and gained more and more fans.

Hicks reached a new level of expressing his ideas, and focused on the truth of humanity. He often stated, "We are the facilitators of our own creative evolution." Hicks began frequently talking about consciousness, and that we are all part of One life, and he would stipulate that we are actually living within a dream, and that we are the 'imagination of ourselves'. His ideas were very metaphysical, in that there is only One, and we are all apart of it at every moment. We create our life as we want, and we can be conscious of all that is truly going on. These ideas took hold in Hick's shows and routines, and he became seen as the comedian who dared to speak up about what had been suppressed.

In the early 1990's, Hicks was diagnosed with pancreatic cancer. He decided not to share this publicly, and continued to tour for the last time. His last show was on January 6, 1994 at Caroline's in New York. He spent his last few months with his friends and family, and just enjoying his life. Some of the last documented words from Hicks were: "I left in love, in laughter, and in truth and wherever truth, love and laughter abide, I am there in spirit." Hicks passed on February 26, 1994, at the age of 32.

This video is the trailer for the biographical documentary about Hicks' life entitled, "American: The Bill Hicks Story", which was released in 2010. This documentary is a profound, intriguing film that navigates through Hicks' life by means of archive footage, photographs, and interviews of his friends, family and colleagues. It outlines how he became the comedian who sought to show the truth, and reveals his ideas about the world. Bill Hicks is the American comedian who showed the world the conscious way of looking at life, and was truly the 'outlaw comic who tried to save the world.'

BEAUTIFUL BLOG WRITTEN BY A BEAUTIFUL LADY. :-) i saw the YOUR video on the Top 100 Chart.

What a great blog Emma , i look forward to reading more in the future