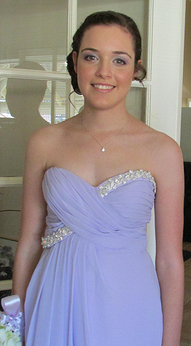 Comments:
I really liked the video on Talia Joy. Talk about a talented young
girl! You can tell from her personality too, that she had fun doing her videos.
I also watched her video, where she met Ellen DeGeneres. Watching Talia's reaction made me smile.
She was such an inspiration to so many people.
R.I.P Talia, and know you will never be forgotten!

The Cimorelli sisters are usually interesting to watch!
But, I almost didn't watch, Made in America, because the way it started! Who wants to watch a video being made while trying on clothes and making a meal?
However, I did watch the whole video, and it turned out to be a little better than I anticipated! It showed the types of fun that people have, with family and friends. Everyone in the video was having fun.