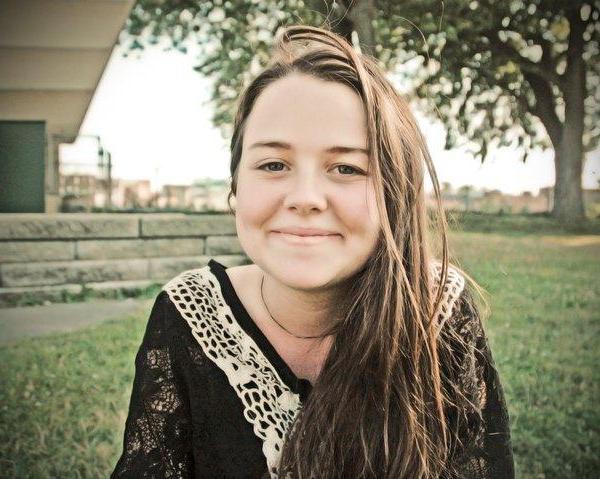 Hello and Happy Holidays! Are you ready for them? Got all your shopping done? Regardless of what you celebrate this time of year, take a minute to reflect on the origin and meaning behind these special days. Have a wonderful time with your family and friends!

Guest Blogger, Kayleigh Levitt has written another excellent blog post for your reading pleasure! Kayleigh is a creative young lady with a real talent for writing. In her last article, she discussed nothing less than Life and Death! In her first Guest Blog for YouTubeStars, she wrote about Artist and Filmmaker Andrea Dorfman. We're glad to present the third Guest Blog post from this talented young lady who can sometimes be found in a tree singing and playing guitar!

This post reviews three videos; a film about random acts of kindness, an interview about how curiosity leads to scientific discovery and a talk about a 17 year old girl who decided that she was going to change the world! Kayleigh does a great job of discussing the subject matter of these must-see videos - read on!

This week's Featured Video on our Top 100 and Top 200 Charts is a warm and wonderful music video from Kayleigh's friend and also a guest blogger here at YouTubeStar.com, Emma Samuelson! Emma has captivating covers and original songs too, on her YouTube Channel. Watch Emma sing Samson by Regina Spektor, it will make you smile!


Change For A Dollar

Sharon Wright wrote and directed this film about the journey of a homeless man and the ripple effect.

We can befriend change by being the change. The idea a little goes a long way works if you let it. Philanthropy is not just about having the financial resources. Changing the world is not fueled by money, it is fueled by compassion and love.

This film is mostly silent. It opens up on this homeless man sitting on a cement step holding up a cardboard sign that says, “Change?” This provokes thought as he proceeds to pass a long the dollar he made in coins through random acts of kindness.

Throughout the day, he participated in making the world a better place. By placing a penny on the sidewalk, he helped a poor mom get a job. He bought coffee for 35 cents and gave it to another homeless woman. He gave a dime to a charity and a little girl gave him a flower in return. A couple had a fight in the Laundromat; he gave the man a flower. The man gave it to his partner and they made up. He bought matchsticks for 15 cents and gave it to cold homeless people who stood in front of a bundle of wood. He gave his last quarter to a teenage girl sitting in the park at dark, which she used to walk to a payphone and call her mom. She asked to come home.

This short film speaks to the act of giving for the sake of giving. It makes us ask the question, what kind of change are we asking for and how can we be that for the world? The cheesy posters from elementary school instruct us to do random acts of kindness. The man in this movie does not live in his own little world where being kind is random recognition of the world around him. He lives in the world outside of himself. His life is not the self-absorbed life that most of us live. Maybe his kindness came from the humbleness of having no material possessions. Maybe it is in losing everything that we learn to give.

He is not the only one asking for it.
The world is.

Richard Feynman created this video about the concept of curiosity. No one meets up and says, “What about those cars?” We would probably just shrug our shoulders and say, “What about them? They are just cars.” We may care about what kind of car it is or how much it costs, but he invites us to consider the fact that the complex outcome of a car just breaks down to atoms that are following orders. This universe is very strange, but we are used to it. It is not foreign to us because we are comfortable in this mysteriously functioning world.

He states, “There is so much distance between the fundamental rules and the final phenomena that it is almost unbelievable that the final variety of phenomena comes from the steady operation of such simple rules.” The stunning visuals of this video reflect on the beauty around us that is all interrelated and connected. It shows amazing architecture, beautiful animals, the Stonehenge, the desert and many more of just things that are on this planet.

When people wonder how things work, they get answers. Then only to realize that the answers to these questions are connected. We are made of curiosity. At our most primal human nature, we are designed to be curious in order to survive and evolve. He points out how exciting it is to realize that we are actually on a floating rock in space and half of us are upside down at some point or time. The truth is so much more remarkable than the stories that we could ever create with our minds. The universal mind is infinitely more creative and we get to tap into it with our curiosity.

We are all just atoms that are working perfectly. The world around us is complex yet it breaks down to the same thing, atoms. How does that work? Atoms create the Grand Canyon. Atoms create sky-high buildings. This earth is floating in space. When we look at the basic truths of this universe, we are faced with how much we do not know. Curiosity leads us to understanding. Curiosity is what created science.

Natalie Warne is an Anonymous Extraordinary. To be an anonymous extraordinary one must let go of the need to be recognized for their service to this world. One cannot give and receive simultaneously just as we cannot inhale and exhale at the same time. We truly give when we give without the motivation of our ego.

At 17, she decided she was going to change the world. At 17, most of us are still idealists because we have not had the years of reality disappointing us. At 17, she did. She became a part of the Invisible Children organization. There was a 25-year long war happening in Africa where children were being forced to be soldiers.

The youth of this generation have pure potentiality readily available and Natalie is the perfect example of that. We know where we have been and with the combination of technology and the evolving minds of our youth, anything is possible.
How much does it take for us to realize it is time to change the way we think and act? As Margaret Mead said, “Never doubt that a small group of thoughtful, committed people can change the world. Indeed, it is the only thing that ever has."

Empathy is a commodity. Where is the action to back up this feeling? It begins with connecting with each other. We cannot change the world single-handedly. Together we are strong. When we stand for something together, we make a statement. The only way we can come together is to begin to understand where others are coming from. It begins by the way we live our life. When arguing between political issues, we must listen to the other side and hear more than the words they are saying. People are just people like us. Their beliefs are not them. Let us see other people as more than what they say. Anything that doesn’t show up as love is just a call for love.

Warne says that we must remind ourselves everyday to be extraordinary. She says that the most pivotal moments in our lives are the everyday moments we are walking the path of our dreams.

Comments:
This article was pure inspiration. I got so emotional when Natalie was speaking, and Kayleigh's beautiful words brought these videos such life, and my thoughts are most definitely provoked.