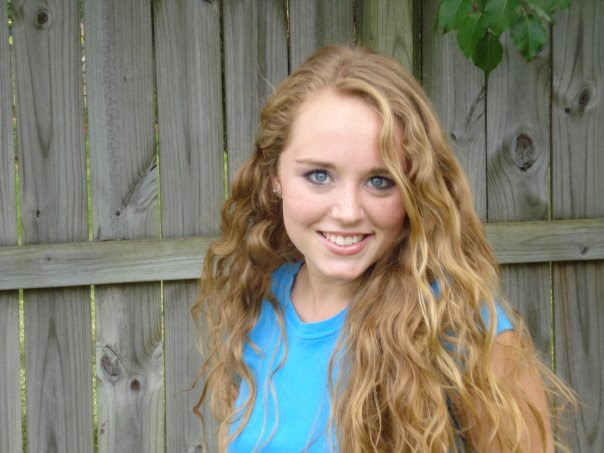 Guest Blogger Danielle Hatfield is back with her latest post for YouTubeStars! Danni is from Alabama and is currently a college student studying Marketing. She is also a talented singer! I was following Danni when she entered Cree Inglees Idol Search competition on YouTube. Check out the excellent singing videos on her YouTube channel! One of my favorites is this video of Danni singing Amy Winehouse's hit "Rehab" Also watch and listen to Danni sing "Make You Feel My Love" by Adele.


Now that Thanksgiving is over until next year, we can officially change into the wonderful holly jolly holiday season of Christmas. This time means something different to different groups of people, but for me, it’s one of the happiest times of the year! It’s a time when people have out all the beautiful decorations, and let’s not forget those sparkling lights. It’s a time when the family can get together and watch Christmas movies by the fireplace with a cup of hot chocolate. It’s a time of giving and receiving, but for me, the most important point of Christmas is the “Christ” in Christmas! It’s the time to celebrate the most beautiful birth of all, Jesus!

I've found a few fun filled Christmas videos to share. Now the first two videos are “tag” videos, and if you don’t know what a “tag” video is, it’s a fun type of video that helps different YouTubers get to know each other through questions. There are different themes of “tag” videos. I feel, for people in the YouTube community, it’s important to get to know each other a little, and this is just a creative way to achieve that. You can be personally tagged by another YouTuber, or you can just do a “tag” video that you enjoy and want to share. Watch this “tag” video done by both BeautyBySiena and MickieRay22, called “All I Want for Christmas Tag!”


The next video is a gift guide for stocking fillers. However, remember that we all live in different parts of the world, so there may not be the exact items available where you live……BUT this video will help give you ideas of “similar” items to fill those stockings with! This video is by FleurDeForce. She also has gift guides for her and him on her channel, so check those out!


The last and final video, that I wish to show you at the moment, is the “2012 YouTube Christmas List” by Strawburry17. This video is perfect for those that are interested in becoming a YouTuber, or just want to become a better YouTube videomaker with better equipment that you may not be sure you need. (Perfect to share with someone you want to buy you a gift. ☺ This video is also great if you are the one wanting to buy the perfect gift for someone else who is an aspiring Youtuber.

I like strange music! Things that are out of the ordinary. I wrote about my interest in Freezepop and The Dandy Warhols. While listening to a Freezepop station I created on Pandora, I came across Ladytron. Two songs that caught my attention are "Playgirl" and "Ghosts".

Playgirl is a hypnotic trance techno psychedelic dance tune that reminds me of two other songs, "Plan A" by The Dandy Warhols, and "Some Velvet Morning (Phaedra)" by Nancy Sinatra and Lee Hazelwood. All three are trippy tunes. Some Velvet Morning is from 1967, the year when Hippies ruled Haight Ashbury in San Francisco and the drug of choice to open up your mind and possibly the Doors of Perception was LSD. The Dandy Warhols have psychedelia in their genes and if you only know them from "Bohemian Like Me" then you should dig deeper into the Dandys.

In my mind, I hear the Nancy Sinatra Phaedra vocals and the swirly phased electronica from Plan A in Ladytron's Playgirl. The video adds to the experience. There are 80s retro references and the freaked out playgirl herself walking around pulling an IV pole. Scottish singer Helen Marnie looks fabulous in a subdued understated way, and her huge eyes stare out at us as she sings, generally motionless other than a few moments when she bops to the beat.

Check out the videos for Playgirl, Plan A, and Some Velvet Morning. Do you hear the connection? If you dig Playgirl, be sure to check out Ghosts which is equally hypnotic and catchy, but with a bit more of a guitar sound to it.

Its been a year and a half since Patrice Wilson and Ark Music Factory gave us the song and video, "Friday" - sung by 13 year old Rebecca Black. We all know the story of Friday, but if you somehow missed it, read our coverage here.

Patrice is back on the YouTube scene with a song that is very much a clone of Friday. This song is about Thanksgiving, but features a lot of the same lyrical and video styles from Friday. The video starts with an allusion to time. The lyrics are about time. They even contain the same triple we - "we we we". In Friday, it was, " we we we so excited" and now its "we we we we're gonna have a good time."

Both songs contain wholesome lyrics that do not rhyme (other than "school is out, I can shout") about having fun in groups. "Fun, fun, think about fun, you know what it is!" was in a verse in Friday, as well as "we're gonna have a ball today." It's Thanksgiving puts the fun right in the chorus, "oh oh oh, its Thanksgiving! We we we we're gonna have a good time!"

The mention of sequential time slots is another similarity. In Friday, we heard, "Yesterday was Thursday, today it is Friday..." Now we get a list of holidays and their container months, "December was Christmas, January was New Year, April was Easter, and the Fourth of July, but now it's Thanksgiving, oh oh oh it's Thanksgiving!"

Inside Edition with Deborah Norville said tonight that this is the worst song ever. Many agree and some do not. As of now, the video has 7 million views with 107 thousand dislikes and 13 thousand likes. Who knows how many of the dislikes are from people simply following the crowd and wanting to be part of the In Group that has predetermined that anything put out by Patrice Wilson is most likely terrible.

Have a listen and decide for yourself what you think of this song and video. Singer Nicole Westbrook, 12 years old 7th grader from Los Angeles, seems nice enough and has a pleasant enough voice. She seemed to enjoy filming the video, singing into a Turkey leg, and most likely will make some money on this project, as the song is already available on iTunes.

Also watch this interview with Nicole Westbrook from ABC News.

Well at last its almost over!The campaigning for President of the United States seems like it has been going on for years. All the political ads, the debates, the media reporting every little statement taken out of context.

Tuesday is election day and you should VOTE because it is one of the responsibilities of living in a free country.  Many people around the world wish they had some say in who is making decisions that affect their lives.  If you don't vote, you have no right to complain about how bad things are.  THIS is your chance to do something.  It's going to be a close election and every vote counts.  Educate yourself on the candidates as much as you are able, then get out and vote!

Here are a few funny political videos!  Watch what happens when segments of the presidential debate are auto-tuned.  Enjoy listening to the candidates every word being parsed... into a song!


Here is the third presidential debate, songified! The moderator and Romney and Obama rap about the issues of the day Listen, laugh, and maybe even learn something!

I think the music that Schmoyho chose for the vice presidential debate songification is even better! Listen to Biden and Ryan sing a soulful pop tune using their words from the vice presidential debate.
Sometimes candidates complain that their words are parsed too heavily. Well what would happen if their words were dissected, cut and pasted into a string of words that matched the lyrics of a pop song? Have a listen as Mitt Romney and Barack Obama sing Hot and Cold by Katy Perry!