Here are 4 music videos that were just uploaded to YouTube this month, March 2010. Two are covers and two are originals. Check out these talented female musicians of YouTube. Please support their music by leaving comments on their videos and subscribing to their channels! 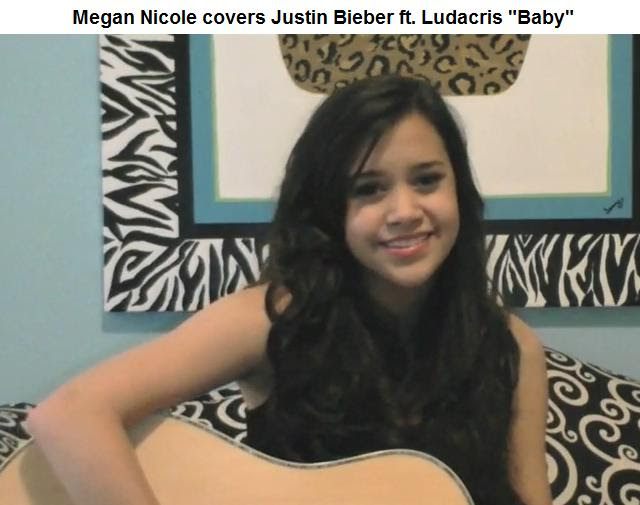 
I am glad that I live in the USA where people are free to express their opinions. We often take this freedom for granted. But when we see what happens in other countries, like Iran, when people try to speak freely, we have to realize that we are lucky to live in a free country.

Where people are free to speak their mind, there will be differences of opinion. There is an ongoing discussion on YouTube between people of faith who believe in God and the Bible, and atheists who don't believe in a god who created the universe and listens to everyone's prayers.

Here are a few videos by believers and non-believers. Join in the conversation by commenting on these videos, but do so with respect for the opinion of others.


christoferL makes several Christian videos each week and has over 1500 subscribers. In this video, he talks about his childhood, and Santa and the Easter Bunny. Then he talks about how he got into the occult in his late teens. The story continues with Chris talking about music, wrestling and how he began to read the Bible. His story concludes with his encounter with an ill kitten, that lead to faith.

VioletKitty411 has been on YouTube almost as long as I have. She has over 3600 subscribers. Her profile says, "Practicing Random Kindness and Senseless Acts of Beauty. I am broken. In my weakness, I'm made strong. I must decrease so Christ can increase. I'm a Christian, and I'm not ashamed of the Gospel of Christ." In this video, she responds to ThunderF00t's three-part series (Part one, here) on a Beginner's Guide to the Bible. VK talks about evidence and logic, and gives an example on why it can't always be relied upon, based on her own anecdotal story of how she was treated by several doctors for symptoms she recently had.

VioletKitty411 has decided to set this video to "Embedding disabled by request" but you can watch the video in my Favorites List by clicking the thumbnail picture to the left.


Dude4Reason has only uploaded 4 videos but I find them to be very interesting. This video is an intellectual exposition on the philosophical topics of Knowledge, Jusitification, and Belief. He talks about how we are able to know anything at all, and how this subject known as Epistomology has progressed over the years. This is a good video for deep thinkers.

In this video titled "The Problem of Faith" which is part of the "Logic of Religion" series, cdk007 talks about Faith, which he defines as belief in something for which there is no evidence. His begins by quoting from Matthew 17:20, "...if you have faith as small as a mustard seed, you can say to this mountain, 'Move from here to there' and it will move." cdk007 says that you need to have faith that the mountain moved because your eyes will clearly tell you that it hasn't. He continues by providing a thought experiment which he claims indicates that almost no one has faith, despite the infinite reward awaiting those who believe they will get it if they follow the rules of the Bible. The conversation continues in the over 1000 comments. See other cdk007 videos for evidence for evolution and an "old" Earth.

Finally, watch this video by GIIVideo which has 3.5 Million views and over 80 thousand comments. It says that Christians believe that God answers prayer with a Yes, No or Maybe answer. He explains that a milk jug could be prayed to, and if we are told the jug gives the same answers, there is no way to tell the milk jug from God. With the Yes, No and Maybe answers to prayer, any and all outcomes can be attributed to praying, which provides no conclusions as to the validity of prayer.


Four unrelated videos for you all to view. Two from old time YouTubers and two from newer members...


Michelle Waugh is a talented 15 year old singer / songwriter. She sings and plays guitar in almost 50 uploaded videos. Most are covers but she also has some great originals. Listen to this cool song and also watch the excellent one I chose as this week's Featured Video over at our YouTube Top 100 Weekly Chart.


Kelsey Robinson is 17 years old and she loves music. She is a very good singer who makes music videos along with the occasional vlog like this one that I really enjoyed. She even made a very nice short comedy sketch about an incident in her math class. Also watch Kelsey's latest video from 2/25/2010 where she sings and plays piano on her nice original song called "Tanner", which starts at 1:34 after Kelsey catches us up on what she's been doing.

Hey thanks for all your questions, please ask for more. Go to
http://www.purevolume.com/KelseyRobinson for a free download of my cover of Paramore's Decode. Its just a one take live version I did one day, nothing amazing :] but please check it out.


Paul Robinett has been uploading videos to his Renetto channel for 4 years as of March 5th. We have written about his insightful and entertaining videos many times over the years. Paul even joined up with vlogger Tom (tlg847) to make their own video site for vloggers called VloggerHeads. Check it out, its a thriving community that has been around since the summer of 2008. I wrote about its early days, here. Watch this short thought provoking blog about life and what drives us.

Just something I was thinking about today after spending some time with a friend who is struggling with addiction.


When I first came to YouTube 5 years ago, I was looking for Goth videos. I found two homemade videos that I liked (this one and this one) and then I started coming back to YouTube regularly. I soon found LittleLoca who was among the Most Subscribed at the time. We all later found out that this was a character played by Stevie Ryan. Stevie also created the "TheRealParis" channel and that is where this fun Goth music video is posted. Enjoy!

♥ Faving this vid will share it and Goth Block your friends.

Beware the fun police, or join them, there is no judgment here!